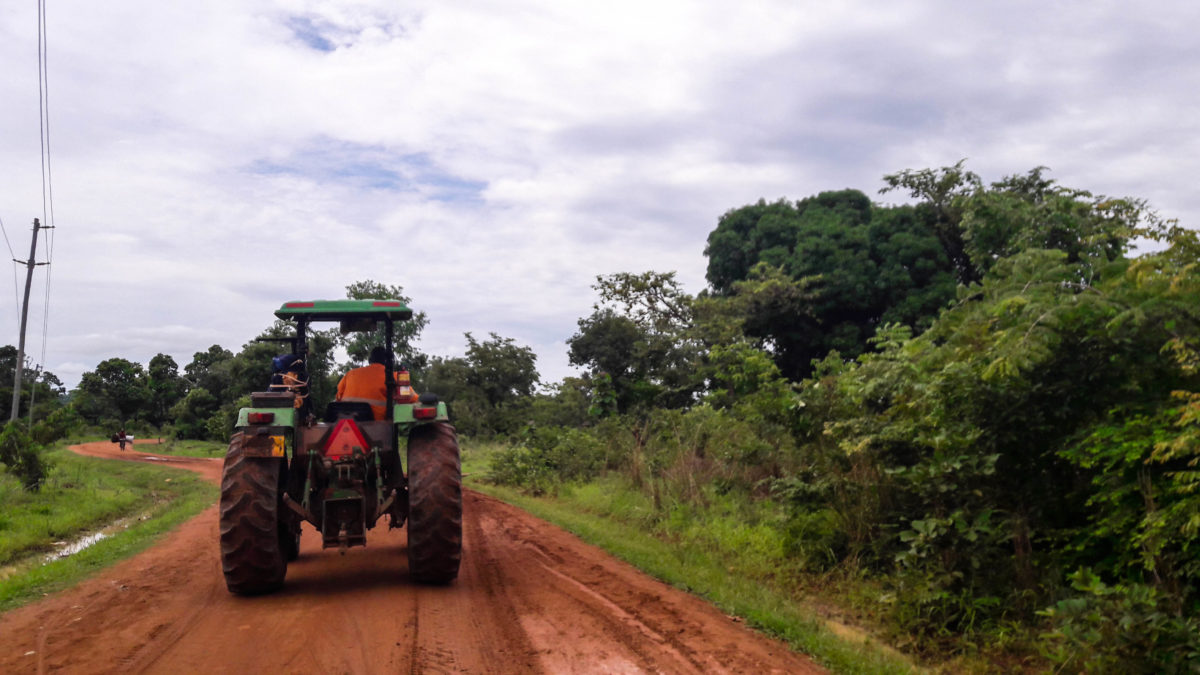 Equitable access to land is vital for inclusive economic growth, sustainable development and food security. Although much is known about the topics of land governance and food security, it is not always clear how the two relate to each other. On this page, you can find more information on the links between land governance, food security and responsible business, LANDac’s work on these themes and other relevant resources. 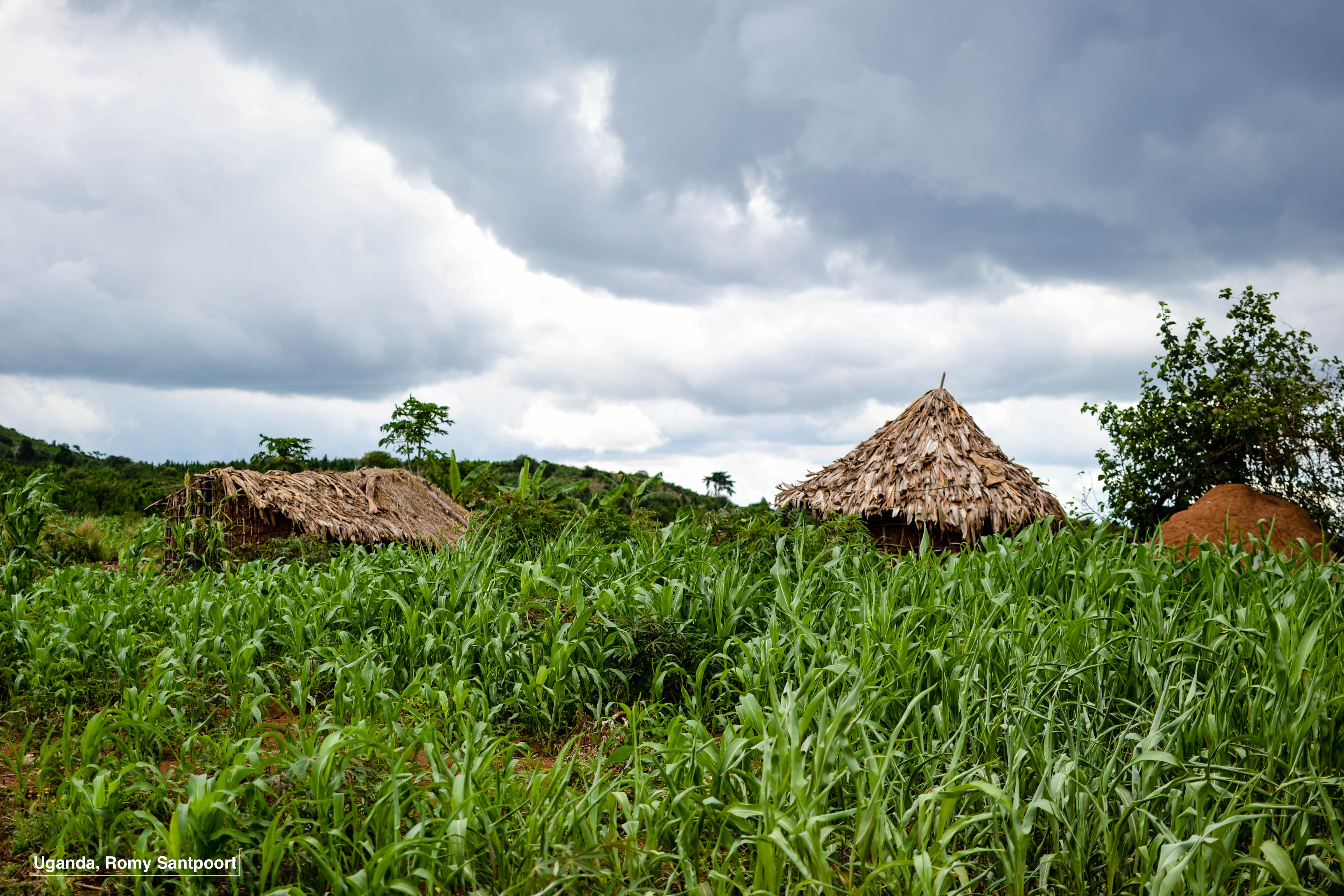 There are numerous assumptions about the link between land governance and food security; most of these focus on the importance of securing land rights for increased food production. For example, Landesa (2012) has argued that secure land rights can lead to increased agricultural productivity at the household level through a number of ways. First, secure land tenure provides landowners with incentives to invest in land improvements. In other words, if a farmer consistently operates under the assumption that the state or another entity may take his or her land, they will likely not invest in increasing or sustaining quality production. Second, secure land tenure has the potential to increase access to financial services and government programmes, particularly for women, thereby in turn widening the financial base to purchase the necessary inputs for food production. Third, by reducing the constant risk of land loss, secure land rights can allow for the creation of space needed for more optimal land use (e.g., the recognition of fallow land in formal tenure systems to prevent overuse), again having a potential positive impact on food production. The International Land Coalition (2012a) argues that equitably-accessed and sustainably managed natural resources, especially land, are key to enabling poor women and men to exercise the fundamental right to be free from hunger and poverty, and to live in dignity. This links to the debates surrounding access to food as a human right. Finally, research has shown that securing land rights for women has several important positive benefits for household food security (See for example FAO, 1995; Landesa, 2012).

However, while the literature suggests that securing land rights is a first step towards better food security, it is not the ultimate solution. According to Tanner (2013: 9):

(…) food security for rural farming households is not just a question of access to and control over land. Access to food not produced on the farm, especially between harvests or at times of drought or other hardships, depends upon a range of other activities – employment, remittances, kinship and other safety nets and so on.

In fact, an additional consideration is that the focus, in terms of food security and investments in land, is very often on food security at the global level which does not always coincide with food security at the regional, community and household levels. For example, large-scale and land-based investments can result in direct livelihood and food security effects at the local level if farmers lose access to important agricultural land or pastoralist communities lose access to crucial grazing lands – even when the acquisition itself is made to increase food production. However, in areas where food production may rise due to an agri-food investment, the impacts at the local level will vary broadly depending on someone’s position (e.g. waged labourer, landless farmer, landowning farmer nearby, or pastoralist) (Kirigia et al., 2016) as well as the destination of the food produced, such as whether it is being exported or sold at local markets. Indeed, food security should always be looked at holistically, taking into account land governance as a crucial component, with proper attention for different outcomes at diverse levels and between different groups.

Today it is generally accepted that investments can be an essential tool in the battle for food security, whether done by small-scale producers and local businesses, private multinationals, states or international institutions (SDC, 2014). At the international level, frameworks such as the Principles for Responsible Investment in Agriculture and Food Systems and the Guiding Principles on Large-scale Land Based Investments have been developed to guide agricultural investments so that they contribute to, rather than undermine, food security (FAO, 2014; ECA, 2014).

Importantly, investments should not only focus on large-scale public or private agricultural development but on smallholder agriculture as well. In recent years, alternative business models and innovative initiatives such as impact investments – investments in companies, organizations, and funds with the intention to generate a measurable, beneficial social or environmental impact alongside a financial return – have emerged to connect investments and businesses to smallholders as well as to strengthen locally-controlled land management. These include arrangements that provide mutual and long-term security and the equitable sharing of benefits and responsibilities. 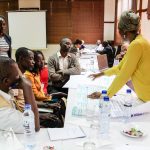 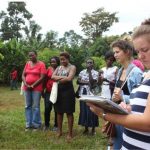 Equitable access to land is vital for inclusive economic growth, sustainable development and food security. Although much is known about the topics of land governance and food security, it is not always clear how the two relate to each other, especially in specific country contexts. [read more] 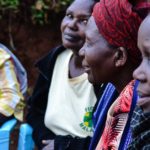 In 2015, three (pilot) learning trajectories on land governance and food security have been rolled out in Uganda, Ghana and Ethiopia, organized by LANDac, the Food & Business Knowledge Platform (F&BKP) and partner organizations in the three countries. [read more] 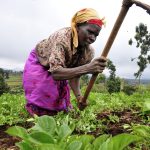 This scoping study assessed the contribution of the Dutch flower sector to local development and food security in Eastern Africa. Field research was carried out in four countries that host communities of Dutch flower farmers, namely Kenya, Tanzania, Uganda and Ethiopia. [read more] 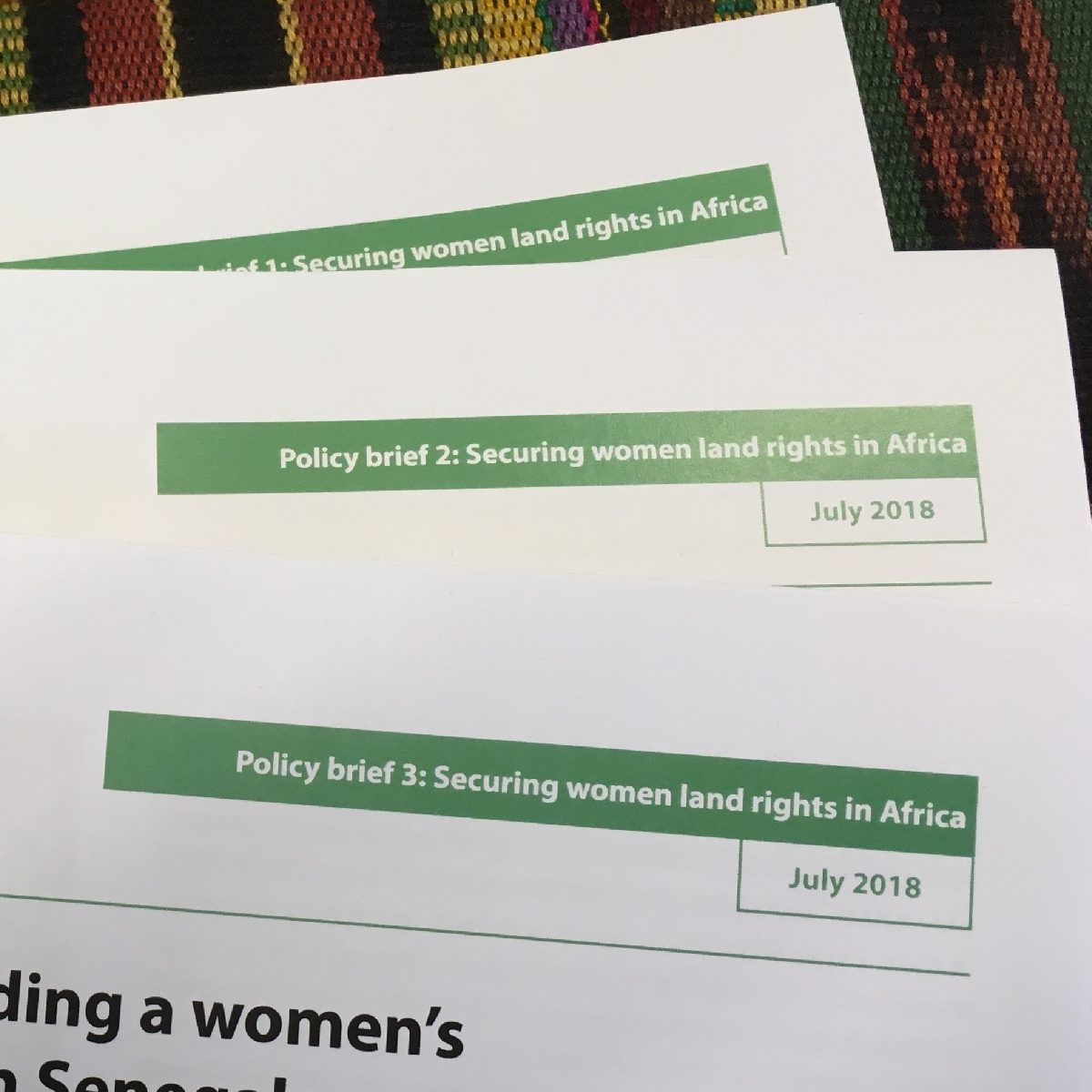 LANDac, together with the Royal Tropical Institute (KIT), conducted studies on land governance for 15 partner countries of the Netherlands Ministry of Foreign Affairs. To inform the debate on effective land policies in these countries, we produced a reference note and fact sheets that continue to be a source of information for Netherland’s embassies […] [read more]

This study was commissioned by the Eastern African Farmers’ Federation with active involvement by Agriterra, and funded by LANDac. It started from the hypothesis that better horizontal and vertical linkages make for stronger farmers’ organization with more negotiation capacity, and that this directly or indirectly contributes to better land policies in a country.

By Kei Otsuki (2016)
There is growing recognition that large land-based investments in developing countries can impact local and predominantly poor communities in complex ways. For inclusive and sustainable socioeconomic development, investments are vital as they bring much-needed infrastructure and economic opportunities. [read more]

By George C. Schoneveld (2014). Since the food and energy price crises of the mid 2000s, farmland has become an increasingly important asset. Many private investors have sought access to large areas of land suitable for agriculture. Often, they seek to capitalise on favourable long-term prospects within international food and biofuel markets or speculate on rapidly rising land values. [read more]

Voluntary Guidelines on the Responsible Governance of Tenure of Land, Fisheries and Forests in the Context of National Food Security (VGGTs)

By Food and Agriculture Organization of the United Nations (FAO).
The Guidelines serve as a reference and set out principles and internationally accepted standards for practices for the responsible governance of tenure. They provide a framework that States can use when developing their own strategies, policies, legislation, programmes and activities. They allow governments, civil society, the private sector and citizens to judge whether their proposed actions and the actions of others constitute acceptable practices. [read more]

By the Committee on World Food Security (CFS)
The CFS – RAI acknowledge that the starting point for defining how responsible investment in agriculture and food systems can contribute to food security and nutrition is the recognition and respect for human rights. They are a set of ten principles that apply to all types and sizes of agricultural investment including fisheries, forests and livestock. [read more] 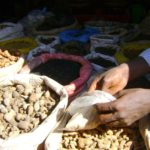 Current development policy is prioritising trade above aid. The government of the Netherlands, for instance, is encouraging private sector actors to engage in ‘inclusive business’, involving smallholder farmers. [read more]

French beans in Kenya – Inclusive Business?
In this presentation, Ellen Mangnus and James Wangu, Follow the Food researchers, analyse one ‘inclusive business value chain’: the ‘French beans’ chain, targeting export markets in France and Germany. Reviewing factors such as the access to land, water and inputs, they conclude that it can be argued that the initiative is beneficial for participating smallholder farmers, but that there is a catch, which is precisely the ability to participate. Take a look and find out why this is so. [view lecture]

Sustainability of product AND of place: the landscape approach

When a value chain is made ‘fair’ or ‘sustainable’ by the efforts of all parties concerned (consumers, farmers, importers and exporters etc.), is that sufficient for development to get a strong impulse? Or is a sustainable value chain not the end of the story? It appears that sustainability of product, however well-managed, does not automatically ensure ‘sustainability of place’, and that is where the landscape approach comes in, looking at the broader regional context of such initiatives and discerning potential or actual contradictions between them. With an example from Guatemala, Bram van Helvoirt (researcher at Utrecht University) and Katie Minderhoud (learning advisor with Dutch NGO Solidaridad) show us the potential of the landscape approach.

More on coffee, land and Guatemala in this example of a good practice.

UGlobe | Open Invitation: Online Expert Meeting on Food Sovereignty
Sub-Saharan Africa faces some of the most urgent global challenges, not least in terms of food - and nutrition security Read more